Weglot, me, and Five for the Future 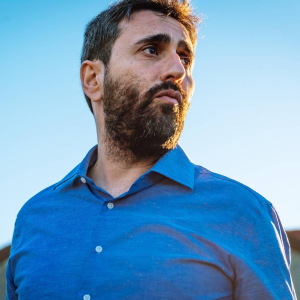 Can you imagine if every time you had to install WordPress, you had to pay? Or if you had to add an extra to your subscription every time an update came out? Sounds crazy! But in many other industries, this would be the norm; so why not here?

Behind WordPress, there are hundreds of people working. Not just to make the block editor work as well as possible or all the buttons on your admin panel do what they’re supposed to do. There are also people who organize events (WordCamps and meetups), people who write documentation, people who approve plugins and themes that are submitted to the repository, people who upload videos to WordPress.tv, people who answer questions on the forums… and many, many more!

But WordPress as such doesn’t employ anyone. It’s not a company. All the work that is done is voluntary. And in turn, the final product is open source and free. How!? But… How is this sustainable!?

The Five for the Future project

Matt Mullenweg is one of the co-founders of WordPress. In 2014 he proposed the following: I think a good rule of thumb that will scale with the community as it continues to grow is that organizations that want to grow the WordPress pie (and not just their piece of it) should dedicate 5% of their people to working on something to do with core – be it development, documentation, security, support forums, theme reviews, training, testing, translation or whatever it might be that helps move WordPress mission forward.

And so, the Five for the Future project was born.

Suppose every person and company that benefits from the WordPress project donates 5% of their time collaborating in some way with the project. It is the only way for the project to keep growing, keep improving and keep the current status of market dominator and first choice for all those who want to create their website.

A company of 200 people should dedicate ten people full time to collaborate that 5%. A freelancer would have to save 2 hours a week (out of a standard 40-hour workweek) to do it. There are different ways to get involved.

Another way is to sponsor people who are already dedicating part of their working hours (and often their leisure time) to collaborate with the project. And that’s where I, the writer of this article, come in.

When the WordPress Community engages you

My name is Juan Hernando García, and I’m a web developer. My job consists of converting the designs of small Spanish studios and agencies into WordPress themes. And I’m in love with WordPress and its community.

That’s why shortly after meeting it and going to my first WordCamp in Santander (Cantabria) in November 2015, I started to get interested in how I could collaborate. I did my first translations from English to Spanish so that all Spanish speakers could use WooCommerce in their language. I was a speaker at a WordCamp event. I was a volunteer. I organized the first meetup group in the Galicia region, in Pontevedra, where I went to live in 2016… and since then, I haven’t stopped.

I’ve been the lead organizer of two local WordCamps. I’ve continued, along with a fantastic team, organizing the local meetup, helping to create others in neighboring cities, giving talks, and supporting the growth of WordPress and its community at all times.

In 2019 I went to Berlin for my first WordCamp Europe -what an experience! I said to myself… I want to be part of this too… And that’s how I signed up for the organizing team of the WordCamp Europe in Porto in 2020. Thanks to the global vision that gave me being the lead organizer of several events and, let’s not fool ourselves, because there are not many people who get as excited as I do with a spreadsheet, I was assigned to the newly created budget team.

You already know what happened next: the pandemic, the event cancellations, the online WordCamps.

As you may have guessed, I did not accomplish all of these things by spending just two hours of my workday on it, during my 5%. If that wasn’t enough, I accepted the position of Team Lead of the budget team for WordCamp Europe 2022 (yes! It will be held in person June 2-4, 2022 in Porto!), with that came more meetings, more responsibilities, more documentation, and more hours.

At this point, there are two options: either I keep going forward using hours of my free time until I burn out and in the future stop contributing to the community; or I find a company to sponsor me for several hours so that I have the peace of mind to dedicate myself to it, without sacrificing my mental health, my family, and my friends.

Weglot has always been supportive of our local meetups and WordCamps. Beyond whether or not their product is outstanding (which it is), their support of the community got me knocking on their door. How is your 5% going? Can we find a win-win-win situation for me, you, and WordPress? And, as always, the answer was quick and positive. That’s how I became a sponsored WordPress Community contributor, as you can see in my .org profile. And how Weglot started its path in the Five for the Future project, as you can see in the official pledge.

If you are wondering what the Budget Team does at a WordCamp Europe, I have the answer: The Budget Team is in charge of the budget of WordCamp Europe (a giant spreadsheet), keeping track of all expenses needed by any team, submitting all vendor payment requests, reimbursements, approving any extra costs, setting the goal of the Sales Team… and anything related to the WCEU money.

In addition, as Team Lead I have to select the team members that help me, distribute tasks, plan and lead the weekly meetings, communicate with the rest of the organizers to align the needs and help where I can, write a handbook so the knowledge can keep expanding, and make sure we have a fantastic event (we will), and at the same time, it’s economically sustainable (always essential).

Thanks to Weglot’s support, I can also dedicate a few hours a month to training, and in the coming weeks, I would like to become a Community deputy and WordCamp mentor… but I think we’d better leave that for a future blog post, shall we? The results are in on our Black Friday and Cyber Monday initiative! Read more to find out how muc... Through the eyes of online support: Dealing with angry email...

We take a look at how to take a step back when dealing with angry support emails and how to work ... The Weglot story: The journey to building a website translat...

Weglot CTO, Rémy takes you through the journey of Weglot from the initial idea, finding a co-fou...